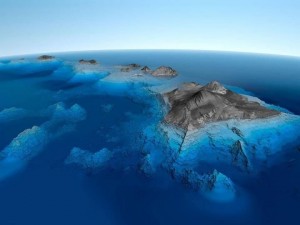 Fishing in KONA HAWAII – The Anglers Paradise, I wonder which October will show up in 2012? We have not had our usual warm water yet in 2012 and just like the last two years, October may bring us the warmest water of the year, or not.  Funny about that Mother Nature thing, and the more you think you can predict future pattern, the more it seems you get fooled.  Today in mid-September, we had 81 degree Ocean water temps, almost two degrees cooler than last year at this time.  If our last two years pattern holds, we should see 83 degree water temps and an increase in big Blue Marlin hook-ups so come on over to Hawaii and get in on thelate season bite.  Several big Blue Marlin were caught over the last two days with a couple over 600 and three over 400 so the big ones are still here.  There are still Ono (Wahoo) around and even a 100 pound Striped Marlin was caught two days ago.  It is a mixed bag and I sure hope the numbers of bites rise with some warm water.   In October, we can expect, barring Mother Nature’s curve balls, to see great fishing since all this warmth and bait are here.  There should also be lot’s of 50 plus into 200 pound Ahi here.  There have been some Ono (Wahoo) also taken on the ledges.  You just gotta love the year round big game fishing in KONA – The Anglers Paradise.

Expect mid 80 degree highs and just plain wonderful weather in October.  Give us a call, we would look forward to taking you out on a great Hawaiian Ocean adventure.   See this story and many others in COASTAL ANGLER MAGAZINE 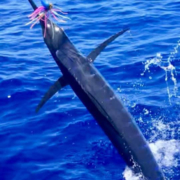 The Honeymooner's Fishing in Kona Hawaii 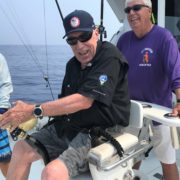 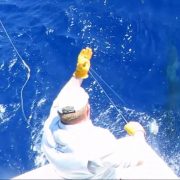 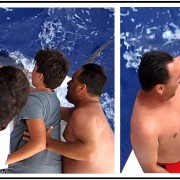 The Honeymooner’s Fishing in Kona Hawaii
Scroll to top