You are here: Home / blue marlin in Hawaii 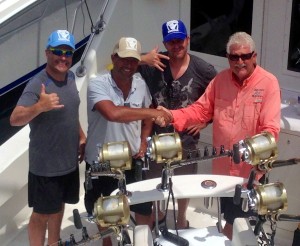 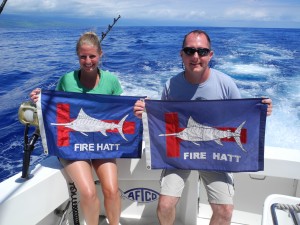 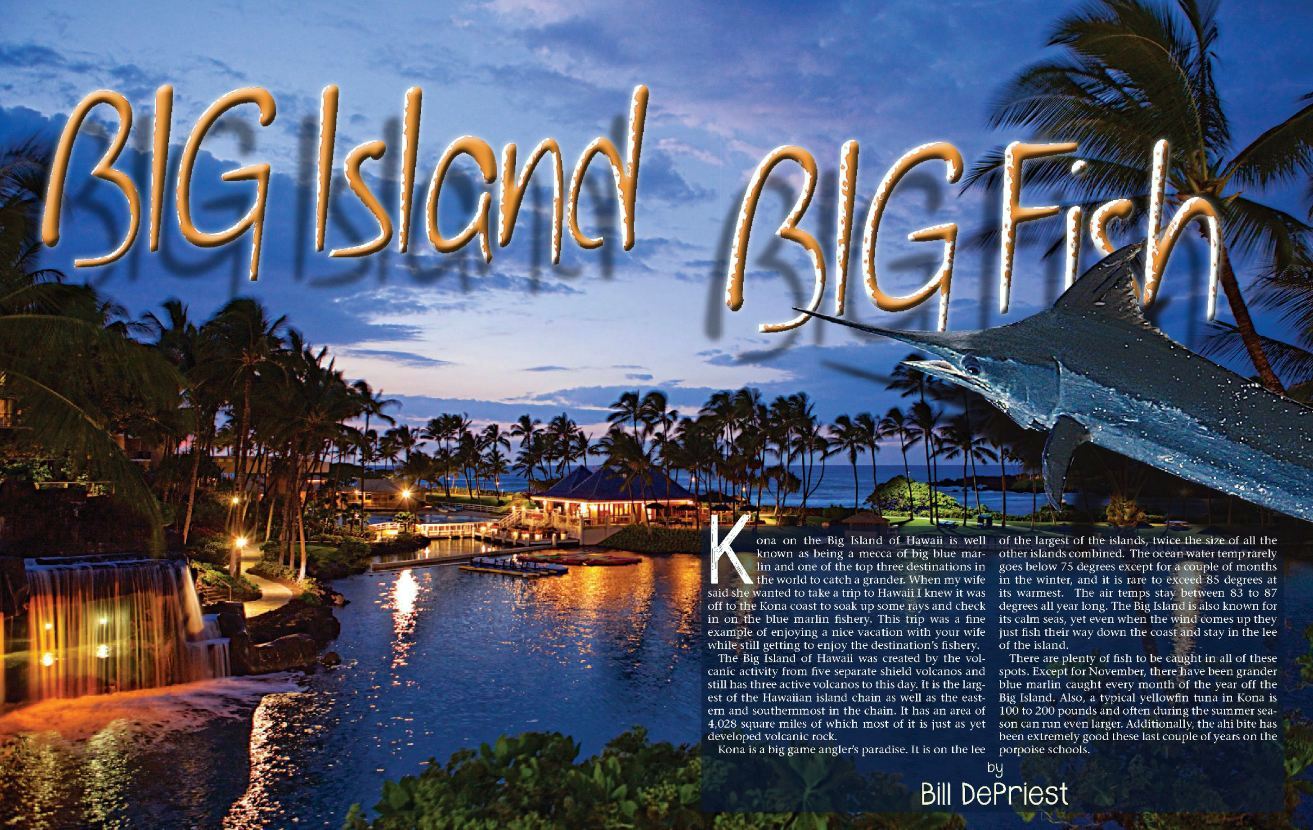 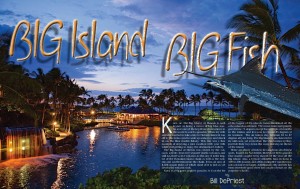 Big Island Big Fish.  This month, Pacific Coast Fishing Magazine did a story on Linda and I and our succes here in Kona Hawaii.  We hope you enjoy the Magazine too.

Kona is the anglers Paradise.  It is on the lee of the largest of the Islands, twice the size of all the other Islands combined.  Our ocean water temp never goes below 75 degrees for a couple of months in the winter, and it is rare to go over 85 degrees at its warmest.  Air daytime temperatures stay between 83 to 87 degrees year round.  It is just plain Paradise.  There has been a thousand pound Blue Marlin caught every month of the year except November.  As is true in most of the giant Marlin hot spots in the world, you just have to be here to hook them up.  Please accept our invitation to come to Paradise and enjoy this magnificent part of our planet.  We will show you both the similarities and differences in your fishing experience and how we do it and why, in Kona.  Our 43 foot Hatteras is immaculate and we use the finest in reels and equipment.  All matched in size and manufacturer with different size capabilities from light tackle to the 130 Shimano Tiagra reels for the big girls.

You can read the article that is in Pacific Coast Sportfishing Magazine this month at  http://epagepub.com/publication/?i=134547 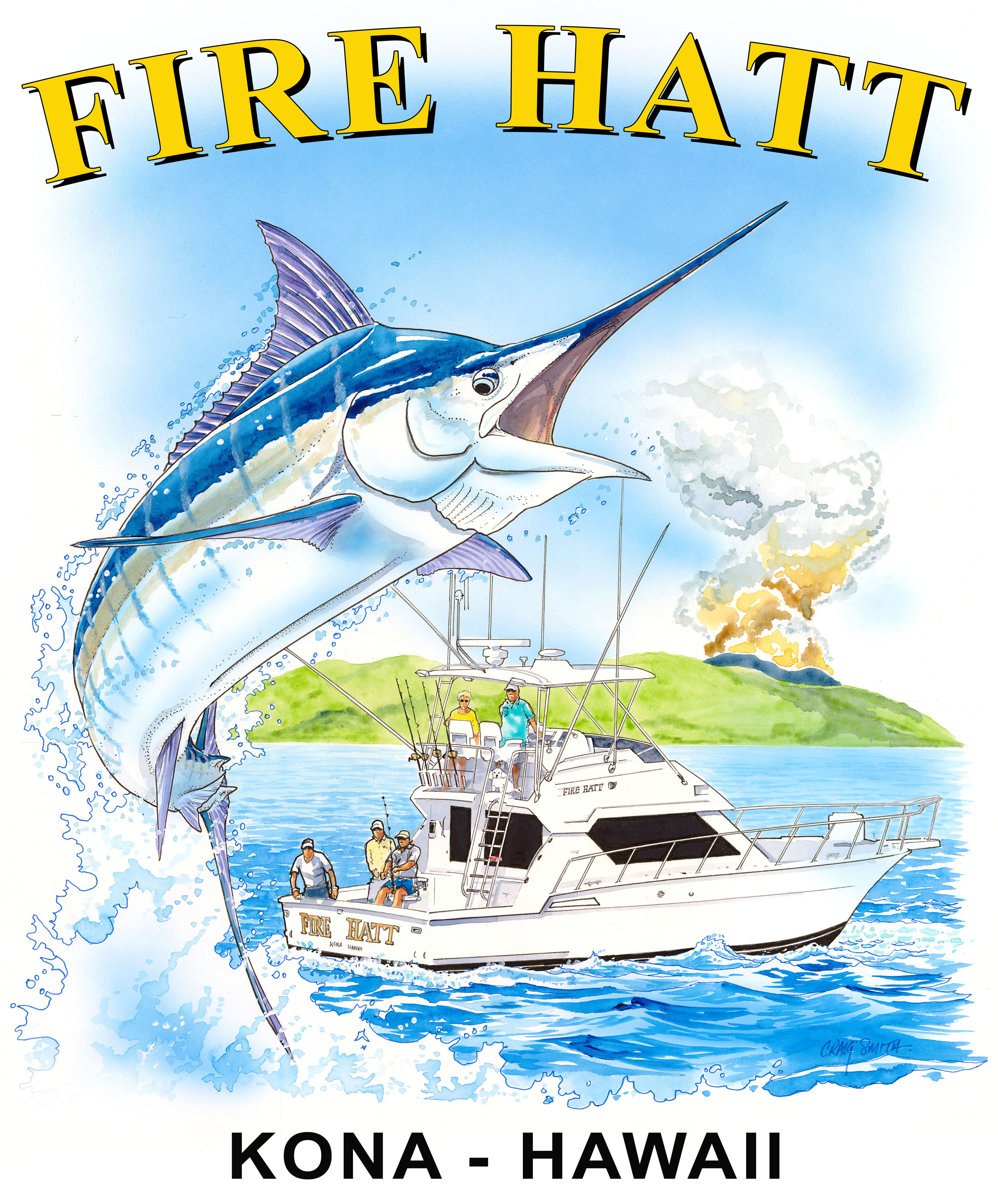 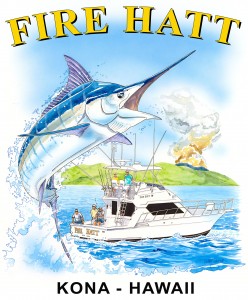 Craig Smith is an artist who specialises in painting, filming and photographing marlin and game fish around the world. Depicting game fishing boats in action, giant black marlin off Cairns, blue marlin in Hawaii or striped marlin off Mexico, his paintings are dynamic and accurate portrayals of these exciting events and amazing marine creatures.

From the Florida Keys to the Great Barrier Reef, and New Zealand’s Bay of Islands to Kona’s pristine waters, Craig is actively involved in sport fishing and captures the essence of the moment in his artistic creations.

As well as marlin, other species such as sailfish, tuna, sharks, whales and dolphins are bought to life on the canvas under the magic of Craig’s hand.